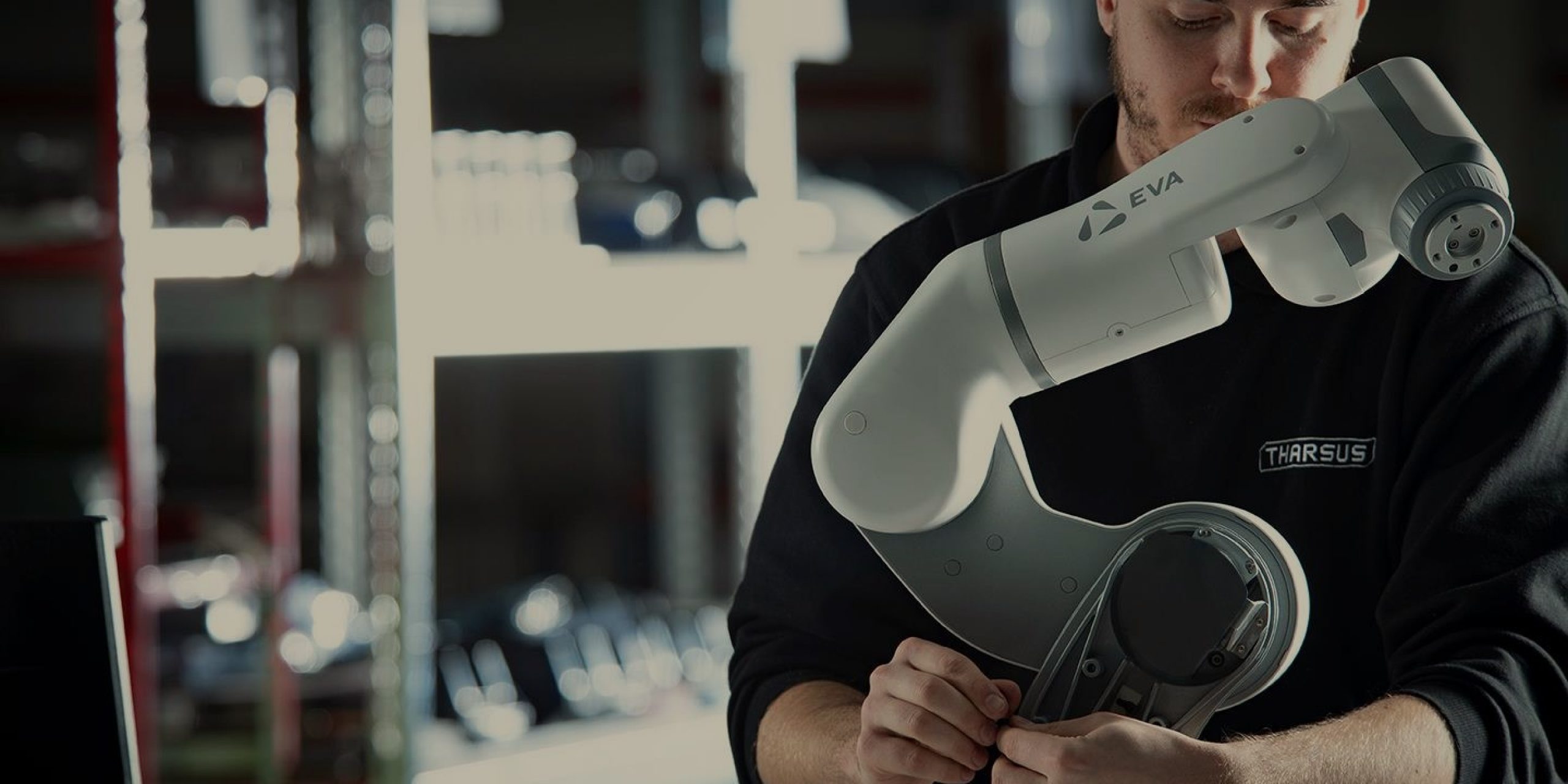 Major players in UK robotics and AI gathered in Manchester today, bringing with them the latest tech to show at an exciting new industry showcase sponsored by Tharsus.

Organised by the Knowledge Transfer Partnership (KTN) the event, named RAI19, gave over 500 attendees the chance to exhibit, network and join speaker sessions, the first of which was given by Tharsus CTO Dave Swan.

Titled “How to load the Dice When Approaching Innovation” Dave shared thought leadership around the alchemy which delivers a commercially successful robotic product.

“Understand clarity of outcomes before the project starts. Keep them in focus as it moves forward. This is the key to the success of the end product and, our industry ultimately, advised Dave.

Dave commented afterwards, “Today has given us a great opportunity to catch up with colleagues from across the sector. Five years ago this industry was all about talking. Now things are happening. And fast. It’s an exciting time.”

The success of the event had delegates asking organisers when the next one will run.

“The feedback we’ve had has been so positive, said Marie Emerson, Knowledge Transfer Manager, Robotics at KTN.

“We’ve been fully subscribed from launch. We had a queue outside of over 100 people hoping to get in on reserve places!  We’ve had feedback from people saying they’ve had useful conversations and made valuable connections which will generate business for them. This is exactly the aim of today. We’ll be doing it again– somewhere bigger- so next time everyone who wants to come, can.”

Congratulations go to the KTN team who worked so hard to make this event such a success.

If you missed us at RAI19 but want to talk about how ambitious businesses succeed with advanced machines and robots, please get in touch.