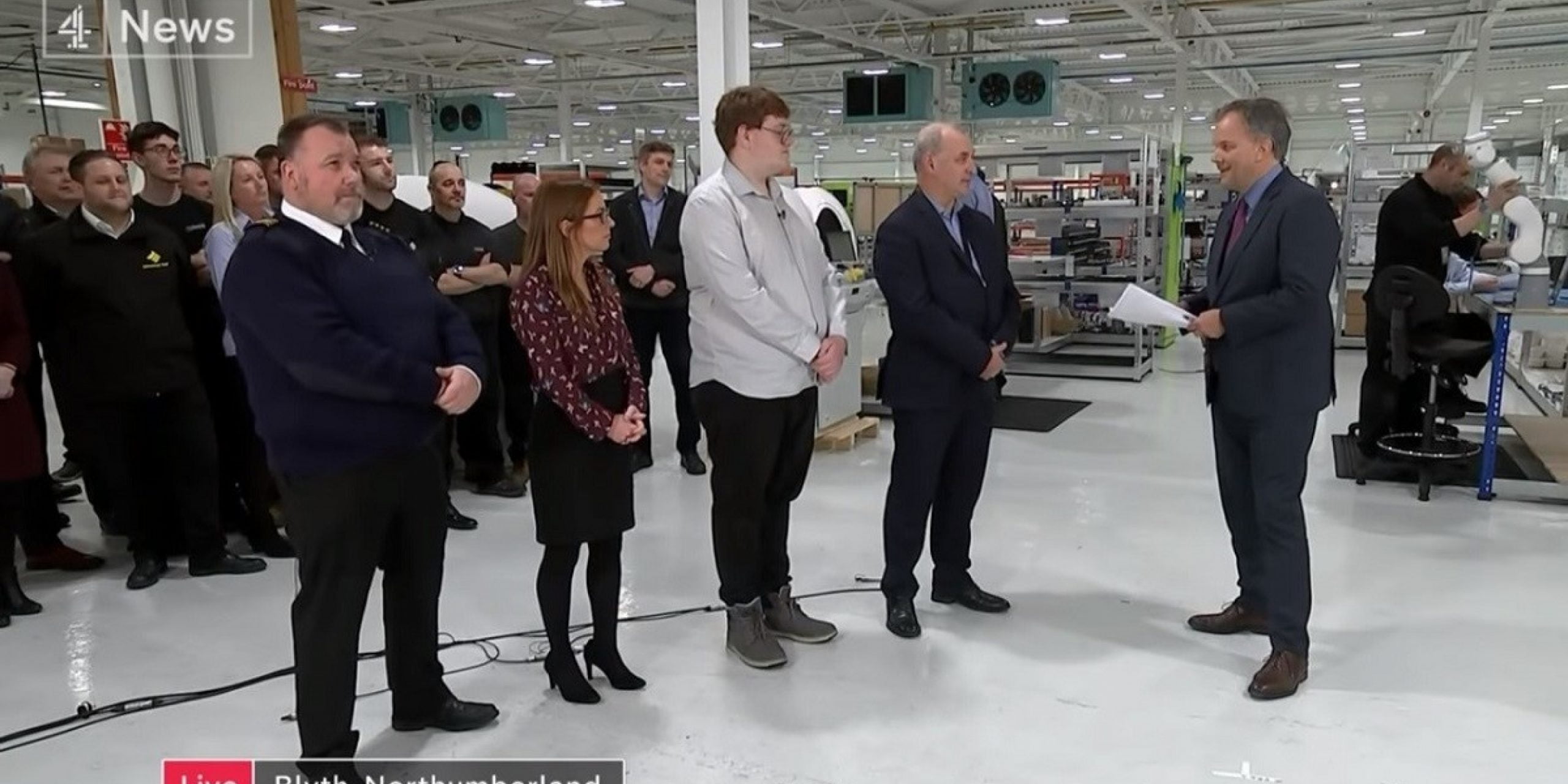 They were visiting Blyth to share a view from Northumberland on living with Brexit uncertainty, including perspectives from everyday people and from business and community figures. The Channel 4 team were keen to include Tharsus as a local business thriving and growing in the face of this uncertainty.

Presenters Matt Frei, Europe Editor and Siobhan Kennedy, Business Editor were both on site for the programme. Siobhan visited several businesses to get their views on Theresa May’s current Brexit deal and interviewed our Chief Operating Officer John Lucas on his thoughts.

John expressed some concerns about the possibility of a no deal Brexit, particularly in light of Tharsus’ ambitions for internationalisation. He also confirmed that we are taking steps to cope if faced with a no deal Brexit.

We went live from the factory at 7pm. Matt Frei hosted the panel discussion on Brexit and our own Chief Financial Officer Gerard Murray was one of the panellists. Gerard emphasised that the uncertainty involved in the Brexit situation was the biggest concern for us and that like many other businesses we would just like to know the outcome. He said;

I think from a business perspective, whatever’s in front of us, we’ll deal with.

We’d like to say a big thank you to all the staff who appeared on camera, both in interviews and in the audience, as well as all those who worked hard behind the scenes to ensure the programme went off without a hitch. We were also grateful to be able to share some of our manufacturing partners’ products on screen. Thank you Ocado, Automata and Orrb.

You can watch the programme in full here.

Many businesses fear that staff shortages, already affecting their industry before Brexit, could worsen after. This is one of the drivers causing firms to investigate technological solutions. If you’re in this position and you are considering advanced machines and robots for your company, we can help. Contact us to discuss your needs.